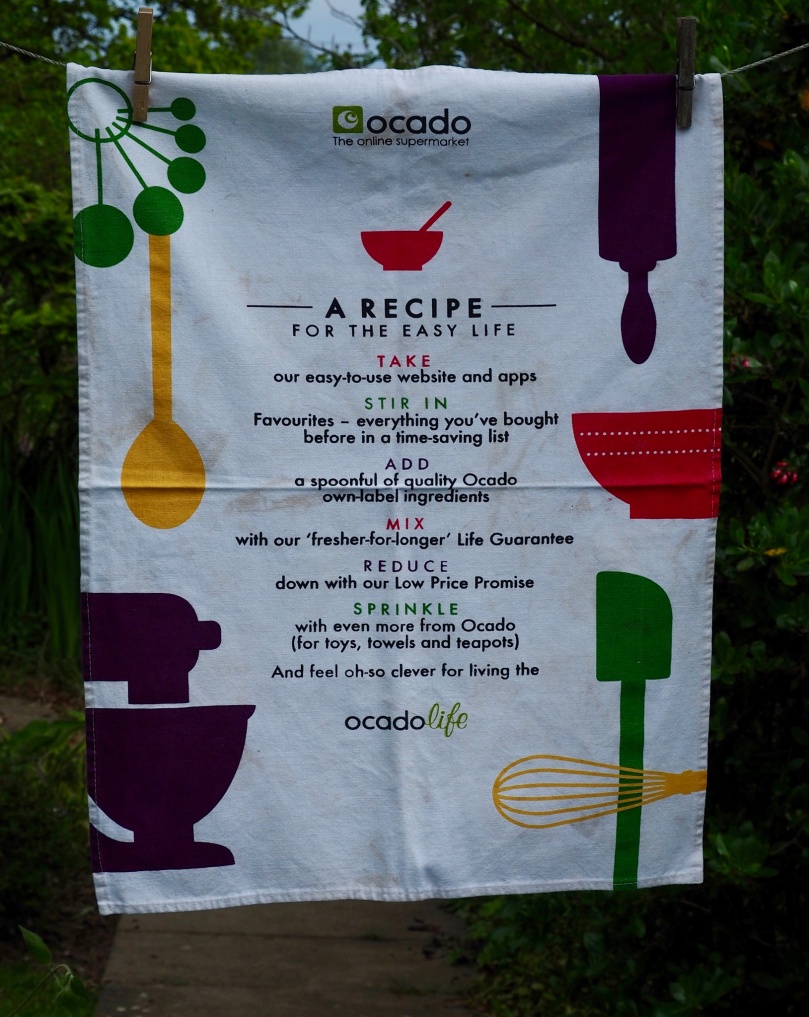 I’ve just joined a Creative Writing Class.  With tea towels in mind, I thought ‘I wonder if anyone would like to be a Guest Tea Towel’, always good to have a reason to do a bit of creative writing.  My first volunteer was Margaret.  I don’t know anything about Margaret, except that I love her writing and am very envious of her skill.  Actually, her first response was “I would never have imagined that there was such an interest in Tea Towels.  Shows how much I know”.   Saddened, I thought ‘No Guest Tea Towel from Margaret then’.  This was rapidly, and I mean rapidly, followed by a second email: “I couldn’t resist a bit of doggerel”.   If you are wondering what ‘doggerel’ means, it is “comic verse, composed of irregular rhythm” or “loosely styled and irregular in measure especially for burlesque or comic effect”.  The musical equivalent would be Les Dawson playing the piano badly; he could only do that because he was able to play the piano well.  So here is Margaret’s poem:

isn’t it just a cloth to dry up after tea?

Clearly  not according to the site of the

Virtual Tea Towel Museum.com where one can see

the reality of the global appeal of this unsung

item, nay, an artefact that will in future be hung

in the knowledge that it is more than a mere washcloth.

Traversing the shores of the Americas to the Azores doth

Ah, but look further and you will find that it is no mere towel.

In the heady stratosphere of towels, the Tea Towel is an aristocrat.

I love the poem, and I am delighted with the ‘nod’ to Robert Burns.  But things got better! At the next class Margaret gave me a tea towel, a brand new tea towel, never been sullied by wiping up, an Ocado tea towel which she says “I bought on a whim and have never used and I thought you might like it”.  Yes, you’re right, I do like it but the invitation to be a Guest Tea Towel was not to extend my personal collection but thank you anyway.  Thank you Margaret for being my first Creative Writing Class Guest Tea Towel.