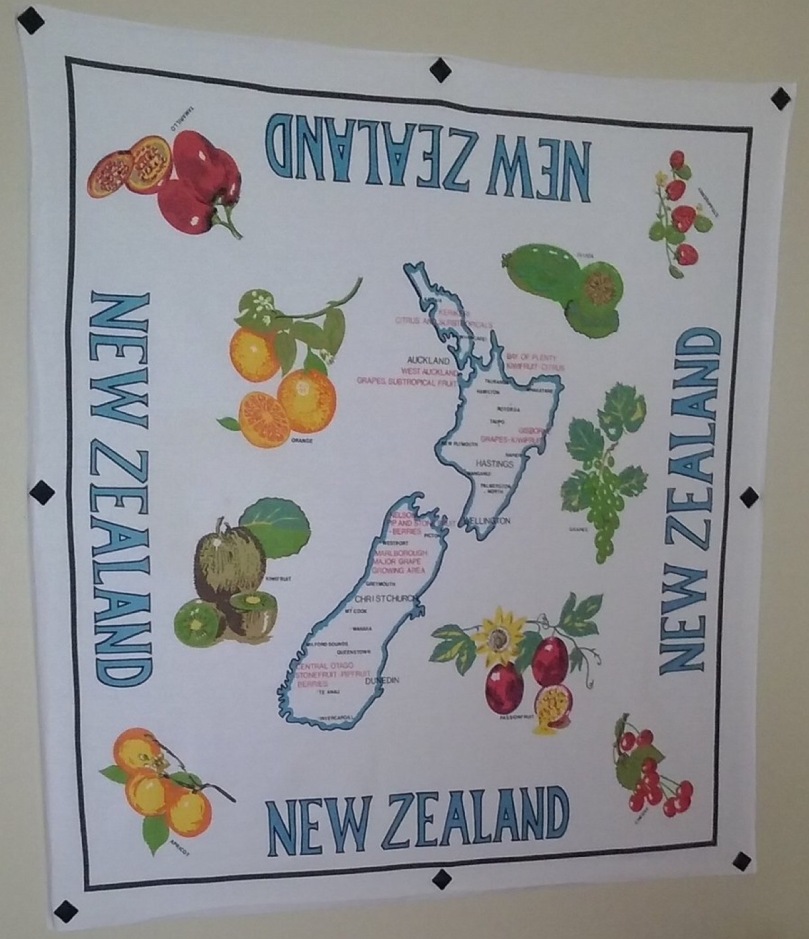 Lots of people moan and complain about social media, whether it allows people to be insulted with no comeback, whether it allows people to have a platform for racist, sexist, homophobic……. comments.  I think there is something about taking responsibility for what you write; if you write controversial stuff, you can expect equally virulent comments back.  In the case of Twitter, I think you have to be careful about who you follow and who you allow to follow you.  You have to be willing to unfollow people, to block people, rather than just want to accumulate followers for the sake of it.  I love Twitter; I have ‘met’ some great people with interests that are very different from mine.  I have ‘met’ people who have said some very nice things about my tea towels.

Let me introduce you to Marilyn (who said “You have a fabulous collection of tea towels”).  Marilyn lives in Virginia, USA; I have never met Marilyn face to face but I have recently got to know her through a joint interest in ‘collecting’ (not hoarding), especially linens.  Marilyn collects handkerchiefs; this is a much more sensible hobby than collecting tea towels because they are so much smaller.  I asked Marilyn if she wanted to be a Guest Tea Towel.  “Please know that I’m a full-time single caregiver to my 90 year old mom who has dementia”.   It was worth asking but I didn’t want to bother her.  Two days later: “Here is my favourite tea towel; it is really large. A few years ago, I spent a month in New Zealand with my New Zealand friend – touring both islands – what an adventure!  This past year, my sister in Vermont spotted this tea towel in an estate sale up by her and surprised me with it!  It now has a special place on my great room wall”.

I like a tea towel with a story; I just wanted to be clear whether Marilyn’s New Zealand friend actually lives in USA or in New Zealand.  And the reply was: “I grew up in suburban New York and then spent 25 years in Boston, as the Business Manager and Corporate Treasurer at an Investment Firm in Boston. I hired Lynne as our receptionist.  We became friends.  She was in USA with her husband as he had a full-time scholarship for his Masters Degree at Harvard…..She later returned to New Zealand and studied for her law degree.  She called me one day and said she had two tickets for her graduation, and one was for me, if I wanted to come.  By then, I was working at a different firm and working for an English gentleman.  He gave me a month off and off I went to New Zealand, by myself, for her graduation!  After the Big Day, she rented a car and took me on a tour of the entire country.  I’ll never forget it, and we are friends to this day.

We have been through many things in our lives but have always remained friends.  I have so many beautiful New Zealand gifts from her.  This tea towel from my sister just has to be on display and, of course, I sent Lynne some pictures and the story”

Now that really proves that “Every tea towel tells a story”. Thank you, Marilyn.  Marilyn also sent me some pictures of her Handkerchief Collection; I had to include one. “My favourite is ‘Chessie’, the cat hankie which was given out by the Chesapeake Railway, way back when.  It is my rarest find.”