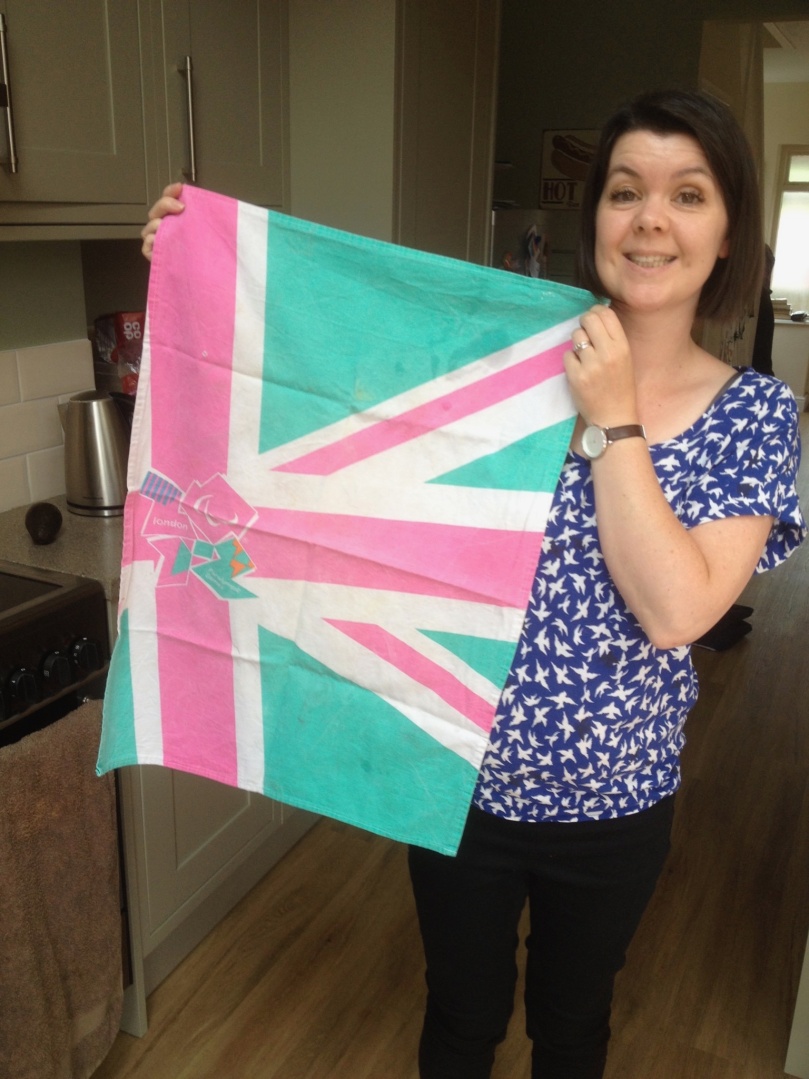 Can I introduce you to Sarah? Sarah is the niece of my friend Liz.  I have known Sarah for just over 20 years; that means I have known her at school, through her GCSEs and A Levels, through university and a great deal of travelling and now as a wife, mother and possibly business woman.  When I asked Sarah about her favourite tea towel (a) I would have forgiven her for being too busy to ‘do’ a Guest Tea Towel and (b) I thought I might guess which one was her favourite.  But I was wrong!

“Here’s one for you, Barbara.  Me and my 2012 tea towel.  It was bought for me by Mum and Dad.  It’s Paralympic tea towel”. There is another Paralympic tea towel in the People Collection but not nearly as nice and stylish as this one.  I am very envious!  “My parents bought Olympic souvenirs in 2012 and we all had something at Christmas.  Kush still has his Olympics T-shirt, a favourite of his.  We saw volleyball, table tennis and the road race.  Absolutely memorable!”

The London Olympics in 2012 will always be one of those events where, if you are British, you will remember where you were when Mo Farrar won the Double Gold or when Jessica Ennis-Hill won the Heptathalon and what you watched throughout the amazing four weeks of Olympics and Paralympics.  Every tea towel tells a story.  Thank you, Sarah, for yours.