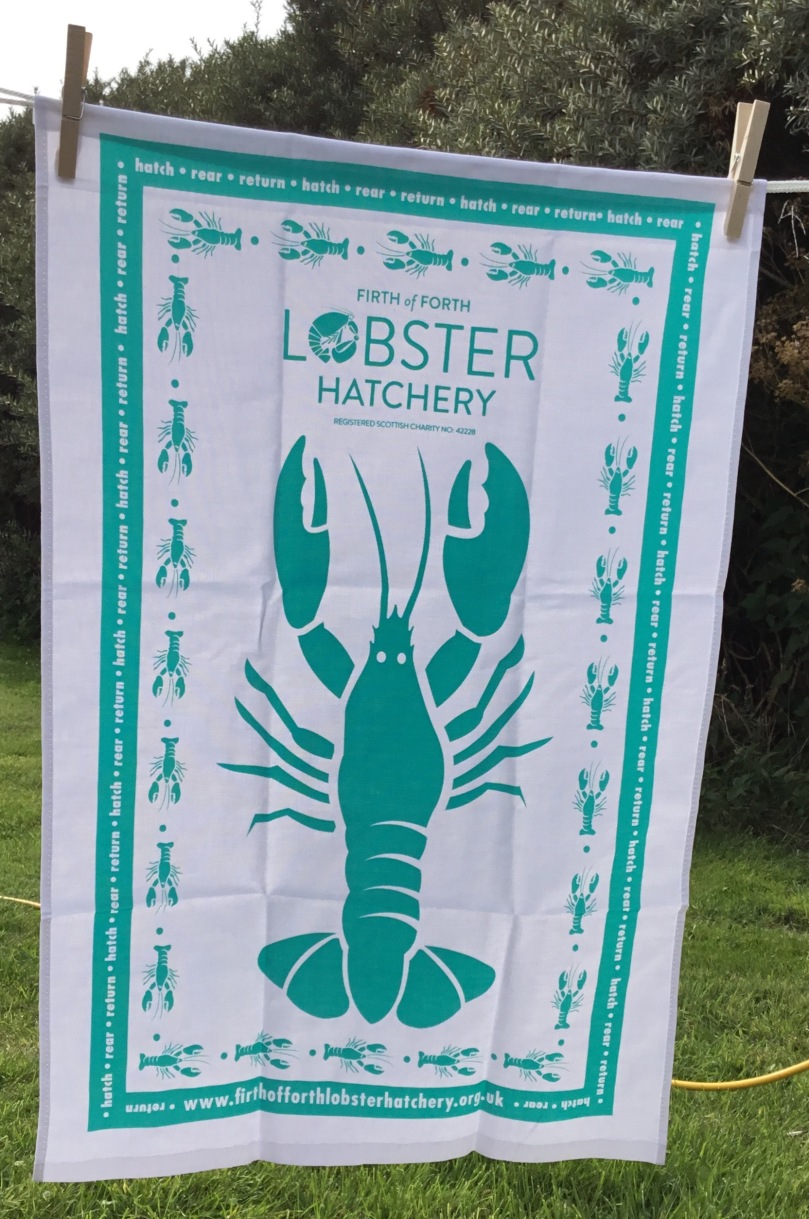 Over-fishing of lobsters has been a big problem in British waters so three local lobster enthusiasts came up with the idea of the Lobster Hatchery, having had to invest their own money in it when a grant fell through.  The Hatchery supports the natural life cycle of the native European lobster.  Their strap line is ‘Hatch, rear and return to the sea’.  The plan is to release tens of thousands of juvenile lobsters into the Firth of Forth each year.  The Hatchery rears juvenile lobsters from eggs collected daily from local female lobsters known as ‘berried hens’.  The eggs will be reared and nurtured through the larval stages into juveniles within the Hatchery and released back into the sea when they have passed the more vulnerable stage of their development at around three months.  It can take up to five years for a female lobster to produce  eggs which she can then do for up to 40 years.

The Firth of Forth Lobster Hatchery aims to educate people about the dangers of over-fishing.  The V Notch part of the project is very important.  When a ‘berried hen’ is caught she has to be returned to the sea if she has a V Notch, a cut in the tail which does not harm the lobster, thus not diminishing the breeding stock.  I bet you didn’t know that!

“We decided to have a tea towel for our charity mainly because we operate from a container, seasonally, at North Berwick so tea towels don’t rust with all the salt water we have, and high humidity.  Plus we thought it was a good way to get our graphics onto something that would be used, hence keeping it in people’s minds.  It is also easy for tourists to take home when luggage allowances are an issue, and easier for us to store within our limited space.

The design was a collaboration between myself and a Graphic Designer called Robin Scott who works for Intimation Creative (www.intimation.uk) in Dunbar (who also updated our website http://www.firthofforthlobsterhatchery.org.uk).

This was our second tea towel; the first was a branding exercise to get our name out there.  The second was to celebrate our successful ‘V Notch’ programme which started in 2016, as well as release of juveniles.  We do raise funds from the sale of tea towels; we sold almost 100 of our first design and around 90 so far of our second design. 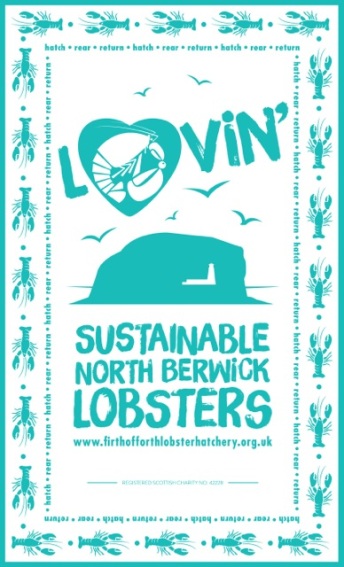 This is a picture of the first tea towel and the little beach hut, next to the container, where you can find the Firth of Forth Lobster Hatchery merchandise on sale in North Berwick.

“We also package the tea towel and took time to think how we could get more information about us on the packaging.  The packaging also keeps them clean and makes them look more appealing, I think.  We also went for a single colour design to keep our prices low.  We initially worked with with an artist to do a full-colour design of a water colour lobster she had painted.  The copyright and division of royalties for each item sold became too problematic and greatly reduced any chance of us making money as we didn’t expect to sell large quantities so we decided on a graphic approach”.

This is a great, and unusual, story; the Firth of Forth Lobster Hatchery won the 2016 prestigious Scottish Rural Awards in the category of Aquaculture.  If you want to know more, or sponsor a V Notch Lobster, go to their website http://www.firthofforthlobsterhatchery.org.uk.

Thank you Lesley for the story.