In September 2017, I signed up for a Creative Writing Course in Nottingham.  Very wary because amongst some writers I am aware that ‘Blogging’ is not really regarded as ‘proper writing’, a bit like some people denigrate Paralympics as ‘not proper sport’.  The Course Tutor was Cathy Grindrod, a well-known local writer.  This is probably the best class I have ever signed up to (besides the Floristry Course I did about thirty years ago).  It has stretched me, challenged me, focused me and been totally enjoyable.  I may not be a skilled writer, but as my friend Liz says, “You are almost certainly the most prolific writer in the group!”  At the beginning I did offer all the members of the group, including Cathy, the chance to be a Guest Tea Towel.  Cathy readily volunteered.  As with skilled, professional, sound writers things take a long time; original drafts being amended, rewritten, tweaked.  In Cathy’s case, more than a year but it was worth waiting for.  Such a great tea towel, stunning colour with a lovely story.  Thank you Cathy!  And I love the philosophy of Helen Mort, a woman who knows about tea towels.

More than Just a Tea Towel

“What do you DO? was the most frequently asked question when I was appointed by Derbyshire County Council as Derbyshire’s first Poet Laureate (2005-2007).  By the end of the two years, I was wondering if there was anything I DIDN’T do.

The aim of the Laureateship was to connect people across Derbyshire through poetry – with events, talks, community group visits, through performances, poetry reading and writing workshops, and to write commissioned poems on a range of subjects relevant to people’s lives.  I remember those two years now (after initial terror and telling myself I would just have to take it a step at a time) as a wonderful whirl of activities meeting people from 12 months to 103 years.  The best moments always came when sharing my poems with others led to them creating their own or telling their own stories in response.

At the end of the Laureateship, all the poems I created were collected in the book, Laureate Lines, in which I wrote … “I have read everywhere from b & bs, and marquees to schools and castles; inspired poets on a barge, at carnivals, on a wagon train; become an expert in old nails, the lifecycle of robins, limestone formations, plague cures, 12th century football; overcome completely a fear of history lingering from schooldays, heard tales about parental pastimes that would make your hair curl; and been not just a poet, but a bird-watcher, screen writer, local historian, cow girl, botanist, cave dweller ….”

What other job would have introduced me to all that? Or have given me the confidence to make a freelance career in which writing is at the centre of everything?

After the Laureateship, I went on to many other writing adventures with all kinds of people, while the second Laureate, River Wolton, was appointed, and supported by the expert management of Ali Betteridge, Literature Development Officer.  River and I worked together on some projects and occasionally still do, most recently working with Derby Carers, and I always enjoy both her company and her poetry.

In 2009, Ann Atkinson became Laureate and made the role uniquely her own (as we all did – set free to find our own strengths and writing about the things we were most passionate about).  In 2009 a male Laureate was appointed – Matt Black.  Matt has remained a good friend and co-critic and we continue to support each others’ projects.

During Matt’s tenure, Ann sadly and unexpectedly died, far too early, and we all felt her loss greatly.  She was a much loved and popular educator and friend.

The final Derbyshire Poet Laureate was Helen Mort (2013-2015), who has gone on since to great things in the Poetry world, including being shortlisted for the T S Eliot Prize for Poetry.

It was a wonderful, creative decade for Derbyshire – with poetry read, written and enjoyed all over the County, and many commissioned poems written by the combined (‘Lorra?’) Laureates.  We attended each other’s launches and farewells and appeared all together at times, to read at joint events, latterly also remembering Ann and sharing the reading of her wonderful poetry between us.

My tea towel is a reminder of those times – printed during Helen’s Laureateship and signed for me.  I know she also loved the tea towel.  She says in her own Laureate book, “of all the varied commissions I’ve done as Derbyshire Poet Laureate, my … tea towel is my firm favourite.  Some poets dream of seeing their name in lights or carved in stone. I’ve always wanted my poetry to be useful.”

I love her poem and all the memories of those years, and the fact that, though I was born in London and brought up in Lancashire, twenty years ago Derbyshire became and remains, my one true home. 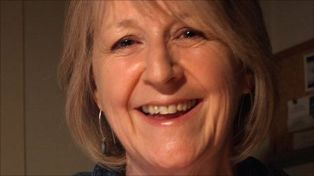 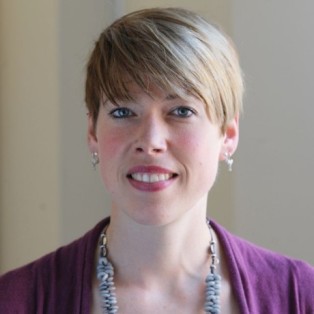 Photograph at the bottom of the page: Cathy Grindrod