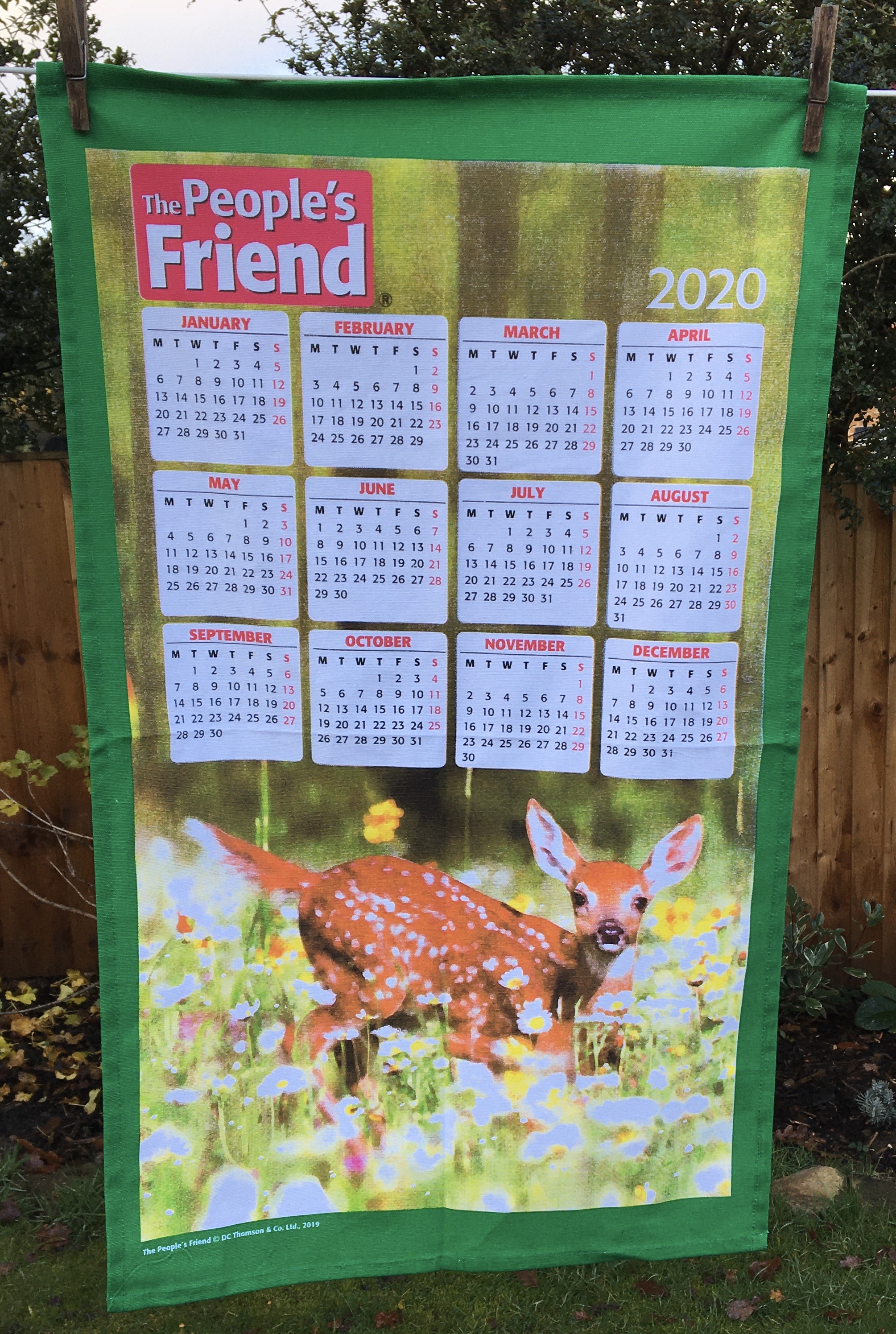 It seems a long time since I ‘typed’ a ‘Catherine’s Diary’. I wondered if she had ‘writer’s block’ or was just bored with doing it. On thinking about it, I am surprised that (a) she’s still ‘talking’ to me and (b) that she would ever write another Diary for the Virtual Tea Towel Museum. Why? I forgot her birthday. I didn’t send a card, not even a virtual one, I didn’t send a present, I didn’t even send a text. What sort of niece are you when, in no way, do you acknowledge your Aunt’s birthday, an Aunt you are in contact with every day. I have apologised but apologies don’t really ‘do it’. But I have now publicly admitted it. For me, birthdays are difficult; I never remember dates and if occasionally I do, I never get things planned well enough in time. In my family, on both sides, there were always people my parents weren’t talking to, at one time or another, so I never got into a routine of who was on the ‘Birthday List’ so I just got out of the habit. That’s my excuse but it doesn’t excuse bad manners.

Catherine’s note to me, on the back of the envelope was “My dates are all over the place” and she’s right. Today’s Diary is without dates because otherwise it really wouldn’t make sense.

“I got up too early, time is going slowly. It’s 12.30pm and I’ve had my dinner already. I think Tinker is feeling it as well. The last ‘F’ today (this is the Alphabet Challenge that Catherine has set for everyone. First text of the day should consist of words beginning with a particular letter of the Alphabet. This week was ‘F’, moving on to ‘G’. It’s all in Alphabetical order), no more felines and finches, probably it will be goats and gorillas. Mary and I are doing the crossword in the Mail Magazine, I’ve had FaceTime with Amanda, nice seeing her ‘live’. I’m going to see her on Mother’s Day for a roast dinner, looking forward to it.

I’ve gone into a long lapse with the Diary, looking in my other two diaries to see what I’ve been doing. I was in Boots to spend some money on my Boots Card (plus pick up my pills). I spotted a ‘Cake Cup’, the writing on it said “Come on Brucie, you can make it!” And seeing Bruce’s name is the only reason I bought it. It’s from the film ‘Matilda’. Amanda said I’d seen the film but I don’t recall it. I will have to watch it now.

Results of blood tests: I’m healthy. No further action. Prescription form says I should phone the GP for a review of pills so I have a Phone Appointment on 23 March 2021. I made a chicken casserole, never made one before. In this never-ending Lockdown, I’ve made a lot of ‘first timers’. And, yes, it was delicious and, yes, I will do it again.

Boots eye test at last. I was supposed to have it on 25 January but that was a Phone Appointment from the ‘Screening Nurse’ for my colonoscopy, so had to cancel eye test. The next available appointment was 8 march. Ended up with getting stronger reading glasses. The optician suggested I get distance glasses as well but I can’t see the point. I don’t drive and I can see the bus coming. Next Wednesday, I was due to go for a check up, at the Eye Unit in the hospital, for my glaucoma. Yesterday, I had a text telling me not to go to the hospital, then half an hour later I had a phone call. Nurse saying not to come in, I would receive a call from the Consultant. I asked her how can the Consultant test the pressures behind the eye over the phone. No answer.

Terrific winds, my front side fence really rocking. Went mad yesterday, dug up four yellow primroses, replanted them in the back garden. Wade is hopefully tomorrow going to dig up my Peony, also for the back garden. The mud out the front is hard and claggy. Because I only have half a fence on the front garden, people keep walking across it, to get to my front door, plus getting a lot of dog mess. Putting down onion and garlic bits.

Amanda and Wade came with two bags of litter; Wade dug up my peony. I had more lessons on taking photos with my phone. Amanda got a bit stressed. I have now got it! Taken nearly 200 photographs, really enjoying the experience, and, as Mary said, to think I was nervous of using the phone. Another thing I can do is delete messages. Still can’t text with two hands (nor can I, nor can any of my friends, must be an age thing).

More picture taking, cat ornaments to start with. Made a vegetable soup. washed cat trays and all had fresh litter. Really stumped tonight, thinking of ‘H’ words and putting them together. I’ve managed something but it’s a bit basic, off to bed.

Amanda picked me up at 12.30pm and I spent Mother’s Day with her and Wade. I had superb roast dinner, no cooking or washing up. Went around photographing Amanda’s cats. Liquorice, Rocky and Lyric are hard to distinguish. Also had another lesson on the phone. My problem with photographs is that I’m heavy-fingered, press too hard and I get ten pictures of the same photo. I deleted over 200, went mad. Now I’m sending pictures of old LPs, Bruce and I collected over the years.

Eye Consultant phoned, only on the phone 8 minutes. The outcome is ‘keep taking the drops’ (have been taking them for 21 years) and I should get an appointment in six to eight weeks to actually go to the Eye Unit. Good day today, I received cards, flowers, chocolates and birthday texts. I went to town this morning and I treated myself to some Duct tape. It’s to stick the blanket back on the glass door, to keep the cold out. I’m no good at hitting drawing pins into the door, through the the blanket. So far, so good, the Duct Tape hasn’t come off the door. And I got myself some Tippex for mistakes. Could have done with it when I started doing this. Diary is nearly one year old.

Amanda came this afternoon with a lovely card and flowers, stayed a couple of hours which was nice. Another lesson, this time ‘Doing Emojis’. I’m getting to be an expert, or aim to, jumping the gun. Getting praise from Barbara, Amanda and Christopher on how well I’m doing. Tomorrow, pick up new glasses and medication.

I’ve enjoyed doing ‘H’ this week. I think I will miss it when Saturday comes and it’s the last day.

I just have to say that Catherine is the only person I know, who I communicate by text with, that uses a wide variety of Emojis, rather than just one, two or three thumbs up (or down). She is creative and imaginative and it makes a text very beautiful. You should have seen the one describing soup, Emojis for every ingredient.

Choice of tea towel today is tricky. I’ve already used the ‘Text’ one so I decided a Calendar one would be appropriate since we will soon be celebrating the First Birthday of Catherine’s Diary. Must be 2020.